How do we become conservationists?  Through the love of a place, a place in nature, a place special to us.  Often that place is a national park.  For Terry Tempest Williams, Grand Teton National Park captured her first. “I am of this place,” she writes in The Hour of Land, a new collection of essays that celebrates the 100th anniversary of the United States National Park System.  She writes about 12 places protected by this federal agency, but her book is much more than a travelogue.  Rather it launches us on an expedition in search of the present value of wilderness, the elusive truth of history, and the relevancy America’s parks in the 21st century.  I am glad I went on the trip with her.

History.  The National Park Service was created by an act of Congress on August 25, 1916 with the purpose “to conserve the scenery and the natural and historic objects and wildlife therein, and to provide for the enjoyment of the same in such manner and by such means as will leave them unimpaired for the enjoyment of future generations.”  There were national parks before then.  As Williams notes, “America’s national parks were a vision seen through the horrors of war,” when Abraham Lincoln took action to protect Yosemite Valley in 1864.  Yellowstone was the first official national park, created in 1872, and Mackinac Island became the second national park in 1875 (in 1895 it was given to the State of Michigan to establish its first state park).

The creation of the National Park Service organized the administration of national parks and affiliated places within the Interior Department and led to a boom in their creation and development.  There are now over 400 units within the national park system.  In Michigan, we find Isle Royale National Park, established in 1940, Sleeping Bear Dunes and Pictured Rocks National Lakeshores, Keweenaw National Historic Park, and River Raisin National Battlefield Park, established in 2009.

Why Parks?  The first, and perhaps foremost, rationale for a system of parks is to preserve natural treasures and special ecological systems. But the designation of a park invites its “enjoyment” by people.  How to allow such uses without damaging what makes the park special has been a challenge for the national parks since their creation. This balance–between the protection of nature from human harm and the promotion  of nature for human benefit–has transcended park management policies and now goes to larger, painful realities of energy resources and climate change that must engage us all.

Who should benefit from our parks also poses complex problems, and several of Williams essays raise difficult questions and promising trends. The shameful appropriation of land from the Blackfeet tribe to create Glacier National Park, and the disrespect of native american burial grounds at Effigy Mounds National Monument, were histories I had never read. I was encouraged by stories about the recent engagement of native peoples in the management of several parks, the creation of Cesar Chavez National Monument, and the proposal to create Bear Ears National Monument to protect sacred tribal sites in southern Utah.

Williams proposes that our national parks can play an important role in reflecting our full, diverse history as Americans.  Her essay on Gettysburg National Military Park forces us to look at the difficult parts of our history, noting that it was not until 1998 that slavery became part of the historical interpretation and explanation of civil war sites.  “Perhaps this is what our national parks hold for us: stories, of who we have been and who we might become–a reminder that as human beings our histories harbor both darkness and light.”

Creating Parks as a Democratic Act.  On my first visits to Yellowstone and Grand Teton National Parks as a youth I reveled in the official entrance signs, the uniformed rangers, and the interpretive maps. All of it gave a message to me that parks evolved from the natural landscape, were willingly 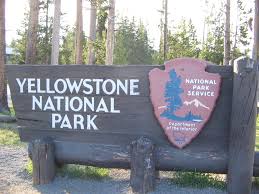 set aside from wilderness, and universally celebrated in their establishment.  Of course, the truth is messier, and Williams gives detailed histories of the efforts, the fights and the subterfuge to create Grand Teton, Acadia, and other national parks.  “It takes tenacity, a shared vision by citizens, and generational patience” to establish a national park.

National Parks symbolize the best of American democracy, not only in their wide accessibility, but also in their creation.  While the story of a land-grabbing federal government is a popular one, Williams gives testimony that many parks result from the combined efforts of inspiring visionaries, committed communities, effective nonprofits, and persistent citizens.  We get the parks we earn, and the efforts have never been easy or singular in their organization.

I serve as a volunteer leader for The Nature Conservancy (TNC), and I am proud of the role this organization has played for decades in park creation. Working with diverse stakeholders, scientists, and donors over several decades, TNC has helped provide land for new parks, aided expansions, and created buffers around threatened parks.  In total, TNC has acquired 650,000 acres of natural areas that are now protected in national parks from Hawaii to North Carolina and Washington to Texas (read “10 Park Partnerships“).  In Michigan, TNC’s “Big Deal” in 2005 included the protection of 30,000 acres of buffer along 31 miles of Pictured Rocks National Lakeshore. (read my post “The UP: Use it, Don’t Lose It”)

“Circles of Reverence.”  Our national parks are part of our national history, our national landscape, and our national politics.  Terry Tempest Williams addresses all of these issues–along with a few important and personal digressions–in her emotional collection of essays.  But she starts and ends the book with the love of family and friends, which are all situated in particular places.  My experience of national parks, like that of Williams, was first of family vacations.  Trips to Mammoth Cave in Kentucky and the Yellowstone-Grand Teton pair of parks remain bright memories that I have subsequently recreated with my own children. “Family is a place, and my family is located here,” writes Williams.

A trip to nature temporarily suspends the distractions that pull families apart, and time together in national parks have helped tie our family together.  As with Williams, the red rock country of Utah in particular has become part of who I am. My wife-to-be and I spent a memorable week exploring the back country of Canyonlands National Park, “the most beautiful place on earth.” Orderville Canyon in Zion National Park held us and led us on epic adventure with friends.  And the deep wilderness of Escalante and Capitol Reef provided my family with a trip of the lifetime, twice. We found there the beauty of a dark, silent sky; the revelation of ancient cultures in hidden pottery and preserved hand prints; a profound understanding of geology from the foundations of the earth on display; and the demonstration of the life and power of water.

Our national parks not only explain to us who we are as a nation and as a family, they put us into what Williams calls a “circle of reverence.”  We need these circles as escapes from a world grown increasingly mad, as places of re-creation where we can recover our best selves, and as spiritual touchpoints, or what a minister of mine called the “thin places.”  Acadia National Park is such a place for Williams, and while on the ocean shore she is reminded of “why these places of pilgrimage matter.  They matter to me because in the long view, I do not.”